Camera traps are a powerful research tool that is becoming increasingly important in the field of wildlife biology. Researchers all over the world use camera traps to assess a wide range of ecological questions, such as wildlife distribution, composition, abundance, density, population trends and behavior. And although the use of camera traps for wildlife surveys is common and widespread, there are still some key areas involving camera placement and data reliability that require further investigation. For instance, does camera placement height matter? How frequent are missed detections and do they vary with species size? 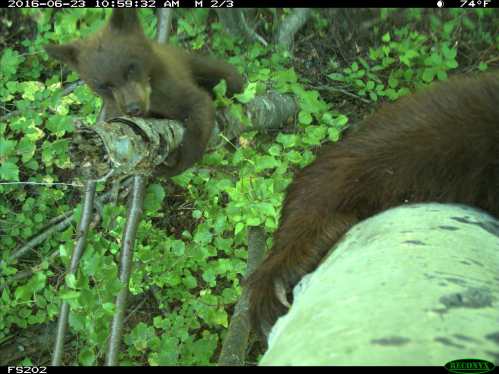 Both of these questions rose to the top of our list when we were tasked with monitoring the wolf population in Idaho using camera traps. With hundreds of cameras out in the woods for the summer, we knew that we could not place these cameras at a height where they would be susceptible to theft and damage. So we decided to place the cameras up high (2.5-3.0 m) in trees, but needed to know how this would affect our detection rates. While setting up some initial cameras, we also realized that sometimes the camera did not trigger when we walked through the detection zone. This surprised us and led us to investigate how often these missed detections occurred. In the end, our article published in Remote Sensing in Ecology and Conservation evaluated three aspects of camera traps that we believed were important for researchers to consider – camera height, missed detections and blank images. 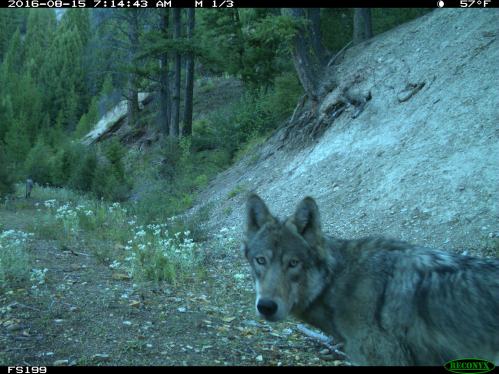 We used Reconyx® PC900 cameras and deployed 20 camera stations in East-Central Idaho, each consisting of one low camera (0.6 m) and two adjacent high cameras (3 m). Cameras were not baited and were deployed on narrow jeep roads, hiking trails, and game trails. We tested for differences in detection rates and blank images between camera heights. We calculated missed detections using the two high cameras and used a subset of cameras (n = 14) to examine whether missed detections were caused by late triggers (when a camera triggered too late to capture an image) or failed triggers (when an animal moved through the detection zone but the camera did not trigger). 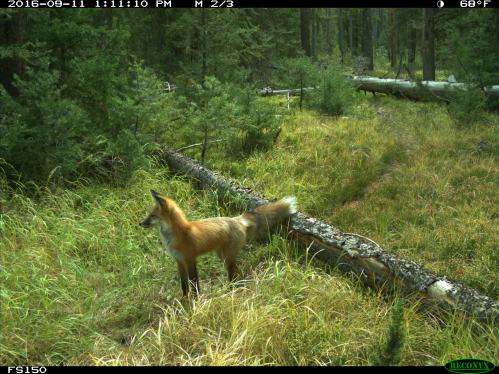 In conclusion, we recommend placing cameras 2.5–3.0 m high in trees for studies that are (a) documenting species presence, (b) using Reconyx® cameras and (c) conducted in a similar environment to our study. Detection can be greatly influenced by multiple variables (e.g. site specific factors), and it may therefore be important for researchers to base deployment height on pilot detection trails. Finally, we recommend that missed detections be more seriously considered. Although previous studies have documented missed detections and cautioned that the detection probability may be less than 1 within the detection zone, we are unaware of any research that shows that even one of the most high-quality cameras on the market can completely fail to trigger. Even when working with larger species, detection at the camera is imperfect.

One thought on “An evaluation of camera trap performance – What are we missing and does deployment height matter?”