Some ideas stick in your mind until you do something about them, and in 2011 an idea popped up in my head when I was chatting with a friend on the metro on my way home from university: Are colour infrared aerial photos, one of the standard tools in the remote sensing toolbox, more versatile than commonly recognised? What if we could use them to assess green plant biomass with a resolution that only the most expensive leading-edge satellites can offer? 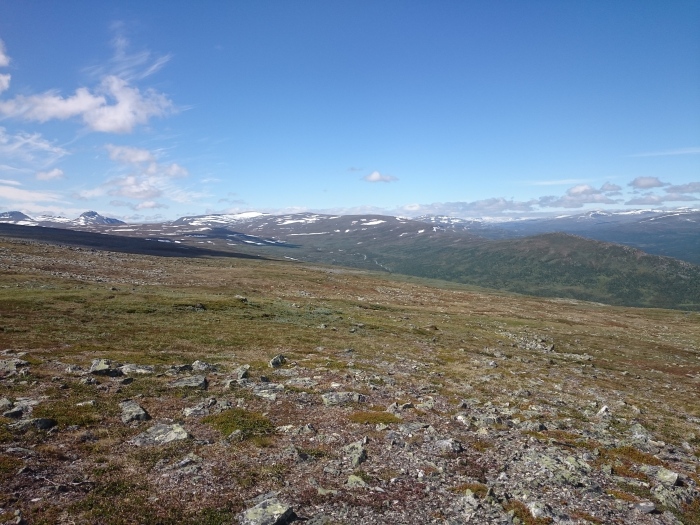 Even when the weather is fine, clouds are commonly covering parts of the Scandinavian mountain tundra. This could pose a problem in remote sensing. Picture from the northern study site, Vindelfjällen.

Looking into a new application for a long-standing standard method is a risky endeavour. Honestly, how big is the chance that you have come up with a truly original idea? Likely somebody has already done this before, right? And if it turned out not to work, there is a big chance that it never got published. However, in research you must not be too afraid of wasting time testing an idea if you think it has potential. After all, there can never be any guarantees that you will be rewarded for your work. 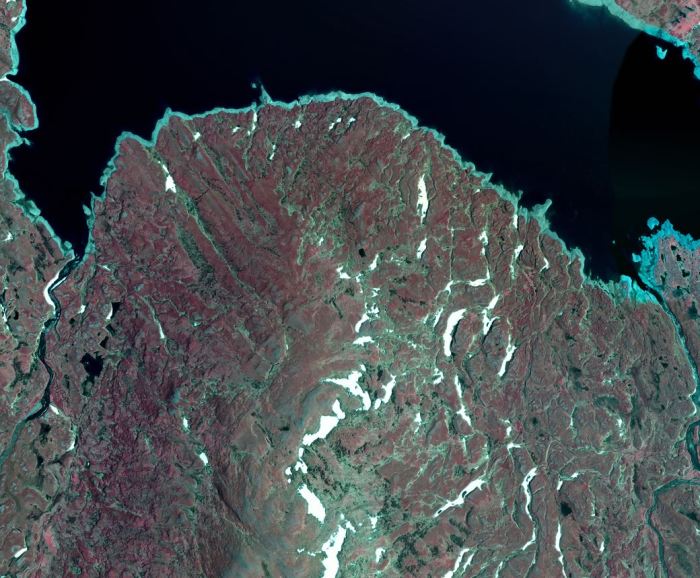 It has been known for quite some time that photosynthesising plants have a distinct radiometric signal that makes it easy to distinguish green plants from “dead” surroundings by using infrared radiation. The technique of infrared aerial photos dates back to the mid-1900s and has been in use for manual land surveying ever since. 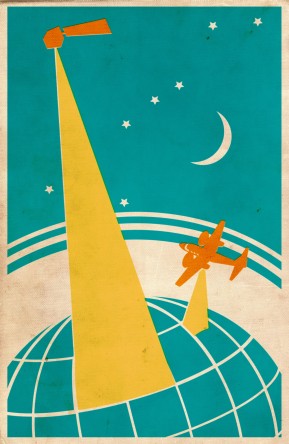 Since we moved into the space age, satellite images have become another indispensable method in remote sensing. Despite low resolution in the beginning, they revolutionised the study of large scale processes. And during recent years, the resolution of commercially available images has become on par with sci-fi novels. Those images are however still expensive, and much of the high-resolution data available through different webpages that people believe are satellite images are in fact aerial photos. Both techniques thrive despite the development of the other, but they are used for different tasks.

One important step in satellite remote sensing of vegetation was the normalised difference vegetation index (NDVI) brought forward in 1979. Using a straightforward equation, green biomass is assessed based on red and infrared light. However, aerial photos are regarded as an unsuitable source for such calculations since the film and sensors differ in bandwidth from the satellites. Also, aerial photos are often individually tweaked to increase readability for the human eye.

Back to the metro train ride in 2011: Sure, aerial photos are not radiometrically perfect, but they have high resolution. And since they can be taken with short notice when conditions become optimal, they are less hampered by clouds than satellites with low revisiting frequency in areas that are commonly overcast. For researchers working with small scale ecological processes in such environments, NDVI from aerial photos could therefore be an attractive resource. Compared to drones, aerial photos are more efficient in covering large areas, and in many countries colour infrared photos are already collected on a massive scale. The material was already available! To find out if the technical differences had any practical implications we had to do an empirical investigation. It also seemed to be the only way to get the idea out of my head.

Aerial photos can be taken with fairly short notice when skies occasionally are blue. Picture from the southern study site, Helagsfjällen in mid Sweden

I did my PhD in the Swedish Arctic Fox Project, and many of my research questions are related to the ecology of small rodent herbivores in the mountain tundra. Large numbers of voles and lemmings can have large scale effects on vegetation, but the individual animal is commonly fairly restricted in their habitat use. To study the environment on a scale that makes sense to a lemming, we needed the high resolution that aerial photos offer. The mountain tundra is also one of those cloudy places where our method could come in handy.

A Norwegian lemming (Lemmus lemmus), a key herbivore in the Scandinavian mountain tundra.

During a couple of years we collected plant samples from two mountain tundra sites in mid and northern Sweden as ground truth. We found that we could reliably assess plant productivity with colour infrared orthophotos from the Swedish mapping, cadastral and land registration authority (Lantmäteriet). And when we compared it to NDVI calculated from 10 m resolution satellite images, we found that the methods performed similarly, but our method (we call it rel-NDVIortho) did it with 25 times higher resolution. (Due to technical limitations we did not use the full 0.5 m resolution of the aerial photos, but decreased the resolution to 2×2 m pixels.) We believe that our method can come in handy for ecologists that study small scale processes on a landscape level where drones become inefficient, and available satellite images have too crude resolution. 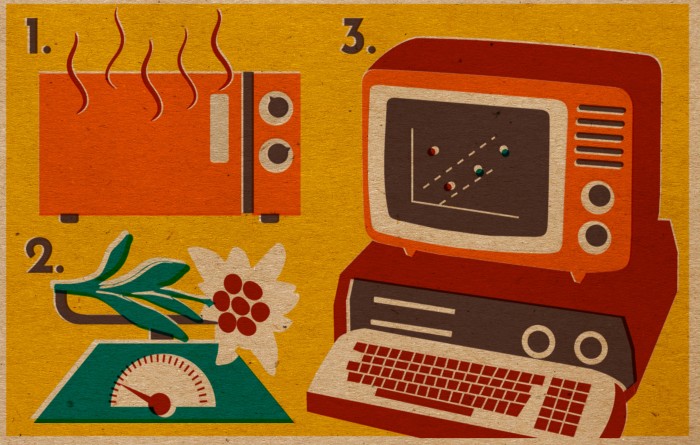 To evaluate if our method could assess plant productivity we collected vegetation samples that where dried and weighed before the measurements were used in linear regressions.

The paper: An innovative use of orthophotos – possibilities to assess plant productivity from colour infrared aerial orthophotos is available here.