This blog is an accompaniment to the paper: Camera trapping reveals trends in forest duiker populations in African National Parks. Read the full paper here

Presence-absence surveys (more properly detection-nondetection surveys) and occupancy surveys, are often used as indicators of the health of wildlife population. Occupancy surveys use a replicated sampling design where sampling units are surveyed > 2 times, allowing estimation of the probability that a sampling unit is occupied, and provides unbiased estimated of occupancy and use. If we include features of the sampling unit relevant to species occurrence (i.e. proximity to roads) and detectability (i.e. vegetation density), then we can tailor detection probability and occupancy estimates to those features. Heterogeneity in detection probability is an important consideration in estimating abundance and distribution. As Andy Royle and Jim Nichols (Royle and Nicholls 2003) note, one of the most important sources of heterogeneity in detection is the variation in animal abundance among sites. Simply put, the more individuals in a sample unit, the more likely you are to detect at least one individual during surveys. They developed models to determine information about abundance from occupancy surveys.

Royle-Nichols models have potential for tracking trends in abundance for species that are rare, nocturnal, cryptic, or react to human presence. They are also useful for monitoring species that do not have distinctive individual identification marks. One group of animals sharing these features are forest duikers of Africa. Forest duikers range in size from 3 to 70 kg, are monogamous and territorial, and feed on leaves, shoots, seeds, fruits, and buds. This group lacks individual markings and includes species that are rare, nocturnal, and shy. Duikers are also widely hunted for bushmeat, so management requires a good understanding of trends in exploited populations.

We then applied Royle-Nichols models to multi-year camera trap datasets (4 – 9 years) of forest duikers in six African parks. Five of these parks were Tropical Ecology Assessment and Monitoring (TEAM network) sites using a standardized sampling protocol (TEAM Network 2011) and one site was monitored by WCS site using the TEAM protocol. Five parks had high human density on the boundaries and experienced hunting for bushmeat. The parks contained a total of 11 duiker species in combinations of 3 to 6 species per park. Our monitoring program reliably detected 9 species. Because duikers have small territories, we expected that, on average, a camera trap was in the territory of a single duiker pair, and that a healthy duiker population would have 2 – 4 individuals per camera point, representing a pair and offspring. Abundance in the range of 1 – 1.99 would indicate some empty territories or unmated duikers. Duiker populations with abundance < 1 were considered rare or overexploited.

This study illustrates the usefulness of using camera traps to monitor exploited populations in forests. Another potential application is in large cat conservation, where prey recovery is a basic conservation strategy. Currently, line transect surveys are the preferred method to monitor prey populations, but because of cost, few organizations actually monitor prey in their cat conservation programs. In programs using camera traps to monitor cats, analysis of prey by-catch might yield valuable information on prey recovery efforts. 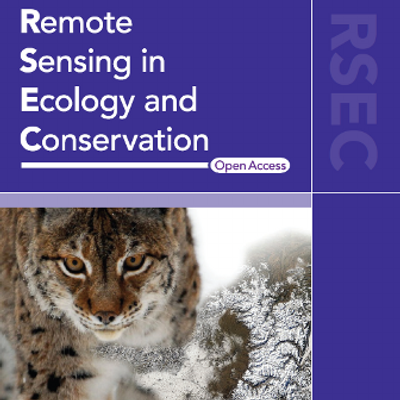